What If I had ran out of the clinic that day? What if i didn’t go through with it?Well I imagine something like this…………

I ran out of the clinic to save your life, it’s because I had fallen in love with you. It rained on my head, but it didn’t matter, as long as you had a safe secure place inside me. I vowed from that moment on to protect you, no one would ever harm you. On my way home I strategized, I planned. I started feeling nervous, then sad, happy, then mad, I was preparing for your arrival. Your Grandma is going to chew me out, but it will be worth it. She will see the beauty in you too.

The first trimester, and I’m I was constantly sick. Nausea over has taken over my body. I can’t keep anything down. I cry lot over the simplest things. When I Misplace items, when I can’t find clothes that fit, when I’m  stressed from work, rubbing my belly is the only form of comfort. I talk to you like crazy, I even bought headphones to place on my tummy so you could hear Miles Davis. The second trimester is the home stretch.

My stomach has become rounder. My breast feel full and tender. I could finally eat! Pizza was a definite favorite. At night, when you move around I play Stevie Wonder’s “You and I” you love that song, so much that you stop kicking. You absolutely love music.

Its time, your almost here, mommy is scared. Will you be healthy? Will I be able to make it without an epidural? I am embracing the the birth process, as long as I got to hold you in my arms. Exhausted from pushing you finally are here. You are magnificent. I gave birth to a superhuman that I will love unconditionally. You have ten toes, ten fingers, lots of hair. When I hear your cries, I cry. It’s not because of the pain, or worries, I cry because I almost ended you life. You chose me to be your mother. I am so proud of that. You grew perfectly inside me. The nurse handed you to me. I looked righr into those eyes. A cosmic Feeling took over my entire body, a feeling hard to explain. It felt like the earth had shifted, I started too see and think about things clearly. Everything made sense, you made sense.

Watching you sleep, changing diapers, kissing your soft cheeks, holding you when you cried, I enjoy every moment. I am fortunate enough to to be apart of your development. I smiled from ear to ear when you took your first steps, clapped when you could hold the bottle in your own. “That’s my baby”! I would yell, your grandma loves it too. I became even more happy when you started to talk, can you guess what my favorite saying of yours is?  You shouting “Mommy”! over and over with a innocent smile. When you learned the word, I would become overwhelmed with happiness and joy. You bring me happiness. When you cry I immediately tend to you, you are my first and only priority.  I hate to see my baby cry, whether you Fall down, or just not getting your way. I kiss your soft chocolate cheeks and tickle you. God I love your laugh it reminds me of what I created. You are so smart, kind, curious, and helpful. God couldn’t have blessed me more. I will teach you about life. I will teach you what it is to be a generous human. I promise, i will be there beside you at every important phase in your life (first day of school, birthday parties, Zoo trips, prom, college).

I don’t know what my life would be like without you in it, and i couldn’t imagine being without you.

Growing up I didn’t have many male figures to look up too. I thank God that I was blessed with two older brothers and a few male cousins. My mother took my father’s place because he was absent. I had uncles, but one was killed before I was born, and the other in and out of jail. I didn’t know the role of a Black male, I just knew that the women in my family loved  black men. There had always been a longing for me to connect to a strong Black present male. Growing up in Richmond California Black men/boys were all around me. Most struggling to survive, some fighting to make it out the hood, and some became a product of what they lived in, what they were exposed to (drugs, gang, violence, crime, sex). The odds were meant to be against them since they were born, the system was set up in a way where the Black male were destined to fail. Drug dealing, pimping, hustling were not what our black kings were meant to be. It was a way of survival, to eat, to make sure grandma and nem was straight.  I witnessed Black men in the community always becoming a victim of police brutality and they were constantly harassed. I always saw a Black males getting arrested and shoved inside a cop car on the daily, most times for no reason other than standing on the corner, simply walking, or driving.  I always observed police becoming hostile and alert when they interacted with a Black man.  I always wondered, why is it always the Black man? Aren’t they getting the short end of the stick already? Have they not been oppressed since they brought us from the motherland and across the seas?

What was it about black men that cause the white man in power or the oppressor so uncomfortable? Their smooth melaninated skin? their knowledge? The fact that they are hip to the racist agenda?  their big broad shoulders? Their swag? Their demeanor? The size of their…….? Seriously, I could go on and on and on about my Black kings. It seems, they despise our Black men so much that they are willing to to kill, earn power, and recognition for it.  What makes it okay for a person who is obligated to protect us from harm, kill our father’s, sons, grandfather’s, cousins, and uncles? Where are the consequences? Where is the justice? enough is enough!

How do i, a Black woman, protect my Black kings?  How do I advocate for Black men’s lives? According to US statistics, Black men and boys face the highest risk of being killed by police at a rate of 96 out of 100,000 deaths. By comparison, white men and boys face a lower rate of 39 per 100,000 deaths, despite being a bigger portion of the U.S. population. The risk is greatest between ages 20 and 35 for men and women overall, and men are far more likely than women to be killed by police”.  These statistics are frightening! this is excluding the count for the black women that have also been murdered.

With recent slaying of George Floyd, Ahmaud Arbery, Sean Reed, Steven Taylor and countless others. The pot has boiled over. It has gone to the point of no return. People are outraged, just as they should be. I am outraged, broken, and furious that this continues to happen over, and over again, with no justice, no dire consequences. This could easily be my brothers, my uncle, or cousins. Condemnation and outrage aren’t enough. We, as a nation, black or white must come together to push for systemic change. I urge law enforcement and governments to join efforts and name the system of white supremacy that accepts acts of violence against Black people and other communities of color. This transformation must include thorough investigations into police assaults and killings, acts of brutality, reforms in state laws on the use of force by police, and nationwide changes in law enforcement hiring practices to expose implicit bias and meaningfully diversify staff with more women and people of color.  I believe that within the police academy it should be mandatory for recruits to take courses on racial sensitivity. I believe that there should be psychological assessments to determine if the recruits have have prejudices against other races. Officers who have more than two disciplinarian incidents involving police brutality need to be terminated and punished to the fullest extent.  We have been enslaved, we have been lynched, raped, and held down for too damn long. NOW is the time for HUMANS, regardless of cultural and racial difference to unite and fight for change. Change Is Now!

I am deeply sorry that you’ve had to encounter so much hurt, pain, discrimination, obstacles, and backstabbing from those who look like you and don’t look like you. I’m sorry and acknowledge that you don’t receive affirmation, or value as a black man. Your not always edified by woman who look like your sisters. You are hated by most, not acknowledged as being great because of your choices and circumstance. You are portrayed as “evil” to the world based upon societal trickery and false images shown by the media (killers, aggressive, rapist, cheaters animals, liars, lazy, broke etc).

If you have never been affirmed, i am proud and always ready to affirm you respectfully. You are valued, you are not your past mistakes. You are loved, appreciated, the head and not the tail. You bring have a valuable life to bring to the table. You are uniquely made under the image of god, your strength speaks volumes. You are supported through prayer, and protected by the almighty god. You are wonderful fathers, brothers, sons, grandfathers, uncles, god fathers, friends, business owners, creators, inventors, teachers, and helping professionals with something valuable to add. You are the epitome of god’s first creation, the rib that can never be shun behind closed doors of those “history books”.I personally would like to thank you for adding value to brown women like myself, and it is my due diligence to salute you, because you deserve it. 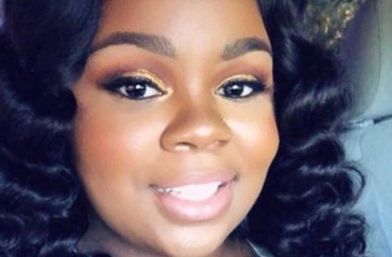 Aye Yo! Play that Solange “A Seat At The Table” Album Right Quick”!!!! 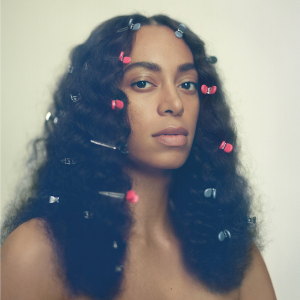 Santhanam, L. (2019, August 09). After Ferguson, black men still face the highest risk of being killed by police. Retrieved May 31, 2020, from https://www.pbs.org/newshour/health/after-ferguson-black-men-and-boys-still-face-the-highest-risk-of-being-killed-by-police